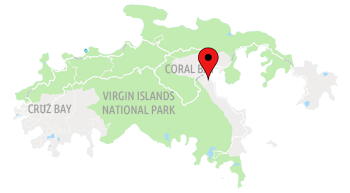 2017 was a defining year for the island of St John. The month of September saw an unprecedented pair of CAT5 hurricanes, Irma and Maria, pass over the island. In their wake they left unimaginable heartache and destruction.  They also produced a flurry of construction, renovations and repairs across St John. Perhaps no one place better exemplifies the post-apocalyptic rebirth better than the Isola Shoppes. With its sturdy architecture, the former Voyages de St Jan building, which sat idle for a decade, has been reborn and renovated and become a hub of economic and social activity, food and music.

Located along the western shoreline of Coral Bay you’ll discover a hive of unique small businesses. They include food, drink, tee shirts, jewelry and spa services. On most days you’ll find a buzz of people, tourists and residents, exchanging greetings, giving directions, conversations and laughter. Coral Bay’s newest destination has a little something for everybody. Enjoy a casual lunch, dinner and Sunday Brunch at The Danforth. Browse an eclectic mix of jewelry, arts and crafts including St John petroglyph jewelry at Zemi Island Designs. Grab a souvenir tee shirt, shorts, snorkeling rash guard at Jolly Dog Trading Co. Enjoy a relaxing spa experience at Spa Lala. And coming soon, enjoy a drink at the outdoor bar, Salty Mongoose! 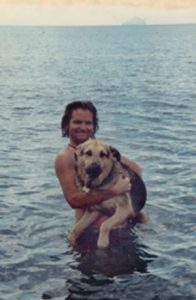 Visitors to St John will likely recognize the fun, funky, island-style tee shirts sold by Jolly Dog Trading. Owners Jeff and Tammy Donnelly are long time residents and business owners. But many of you may not know the story  behind Jolly Dog – as told by Jeff Donnelly.

“The Jolly Dog was born in the aftermath of the volcanic eruptions on Montserrat. I had lived there since 1989,running a family garment manufacturing, screen printing and retail operation. In 1995, the long dormant Soufriere Hills volcano Rumbled to life and changed everything. Ongoing hysteria, panic, and general chaos forced my evacuation off Montserrat for good in Oct of 1995. Having been a visitor of St. John since the early 70’s with my family, I identified that as my new island home.”

“With little notice (4 Hours) Evacuation Orders were issued for Plymouth, and I had little time to gather a “Go” bag, My Dog Apollo (My 110 Pound Rotweiler Sheppard Mix) and the necessities for our ocean voyage. No airplane would take Apollo off island, so our last
remaining option was passage on the SV Avontuer, a working down island cargo schooner. The Captain wanted to leave asap…”

With new Evacuation Orders coming into effect by days end… so it was now on never. The volcano went on to kill dozens and is still closely monitored To this day. 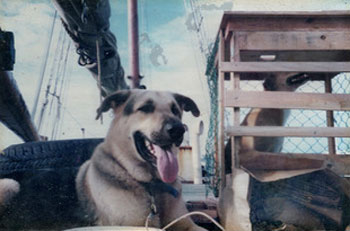 APOLLO En Voyage:
The voyage was itself chaotic and stressful, we nearly ran aground entering Bassterre harbor in St. Kitts at daybreak. We were forced to endure days of quarantine in St. Martin while paperwork was completed. Eventually the green light to embark on the final leg to St Thomas, and ultimately Coral bay, was given, and it felt great to be in our new home. The US Virgins had just been thru Hurricane Marilyn in 1995, and although things were not perfect, they were a lot better than where I had just come from.

I honor of Apollos seafaring voyage, I designed him a T-shirt with a Dog Skull and Crossbones, The Jolly Dog, In 1996. Although I have no degree in art, I fell into designing and printing my own work from a young age. The first Jolly Dog store opened at Shipwreck Landing in the Fall of 1997. There have been several others since then. 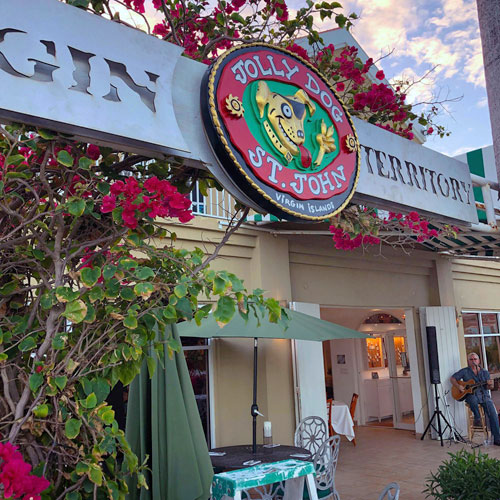 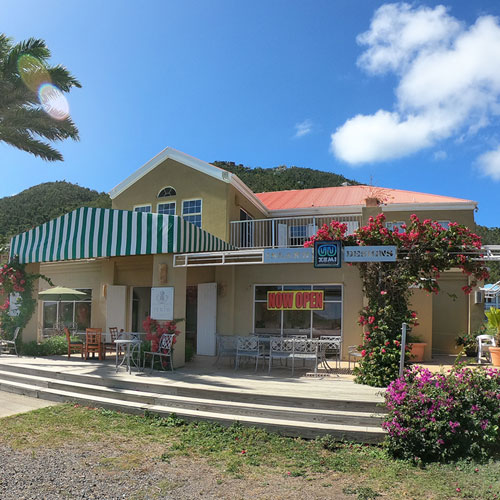 22 Years later, and many Jolly Dogs later (they are ALL Jolly Dogs!) We opened our newest store at Isola Shoppes, Jolly Dogs Virgin Territory. Initially this was intended to be an expansion of our already existing shops, but Hurricanes Irma and Maria had other plans for us… Ultimately this has become our Flagship store, opening In March of 2017. We secured the adjacent space to launch our sister jewelry store,  Zemi Island Designs in February of 2019. 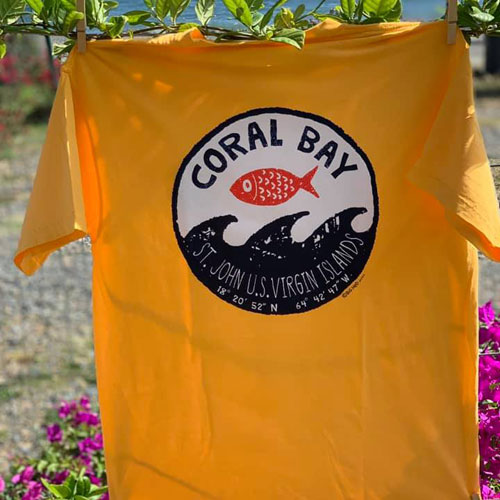 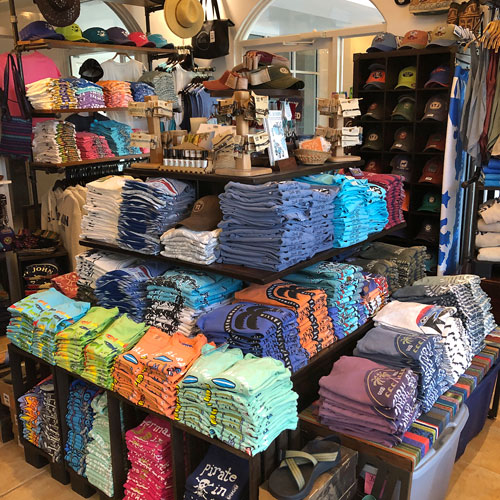 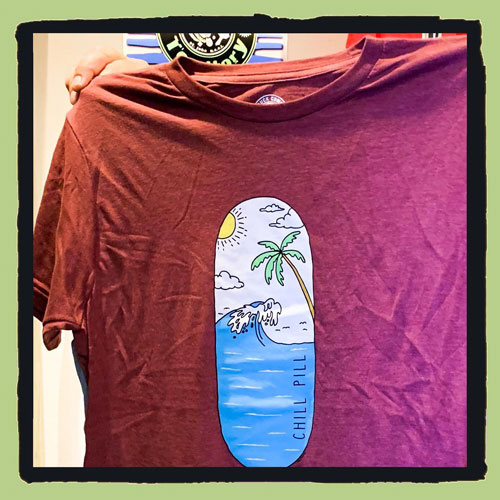 The Danforth combines the quality of fine dining with the laid back lifestyle of the islands. The restaurant serves up a vibrant and creative menu featuring Caribbean-inspired food made from the freshest local ingredients. Diners can enjoy curated cocktails and local draught beers at our large outdoor bar overlooking Coral Bay Harbor. If you are looking for an unforgettable meal in an unforgettable location, look no further than the Danforth. 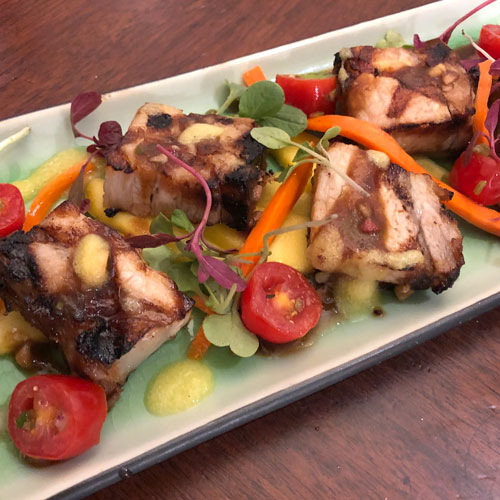 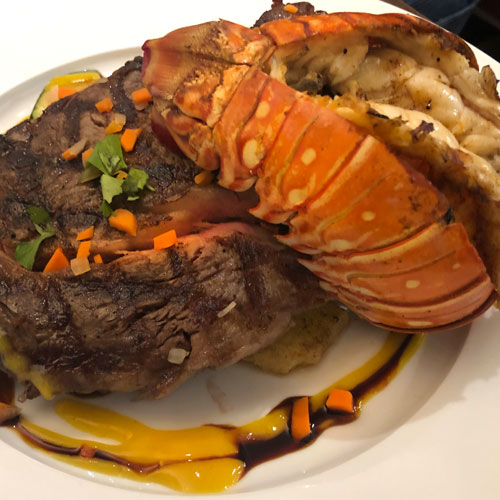 The Danforth is open 7 days a week for breakfast, lunch and dinner during the high season. Daily happy hour, will run from 3pm-6pm, where you can dine on sushi, fresh from the ocean to your plate.  The new waterfront bar serves ice cold tap beer from local breweries. Nightly Dinner service and weekly Sunday Brunch allow patrons to indulge their senses in Caribbean flavors, sounds and sights. 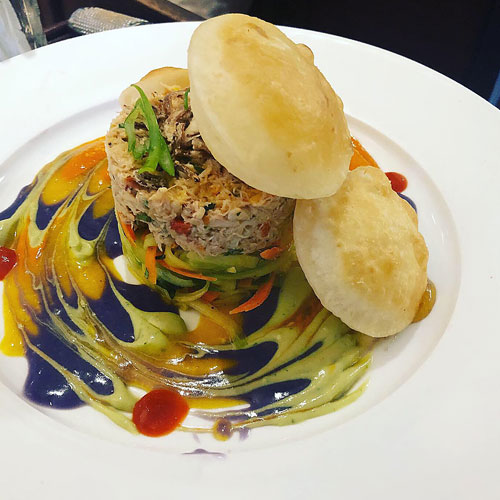 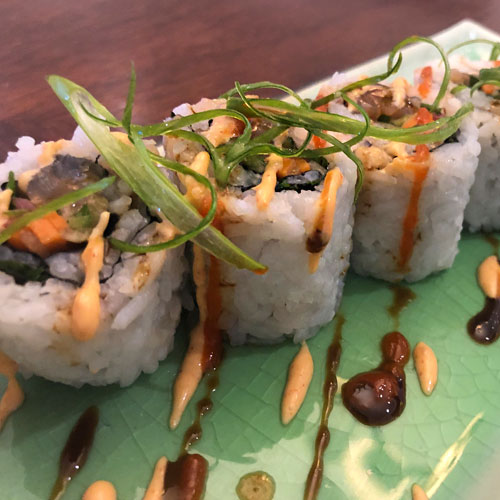 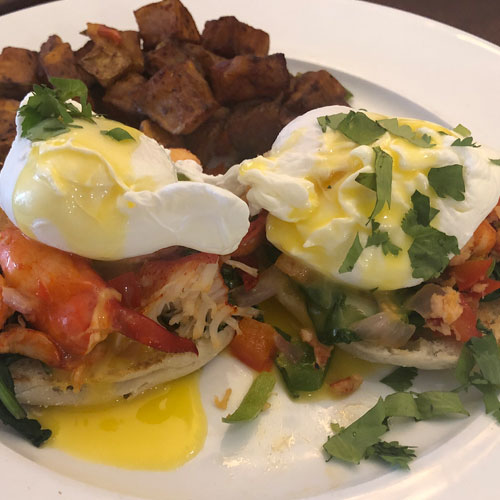 Owners, John & Sarah Joyce, are originally from Brooklyn, NY and recently moved to St. John to pursue their lifelong dream of opening a waterfront restaurant in Coral Bay.

Stay up-to-date on the opening by following The Danforth on Instagram and Facebook @TheDanforthVI. www.TheDanforth.vi or call 340-626-8740

Zemi, provide quality locally made and designed jewelry as well as global sourced treasures and accessories. Many of their items are made right on St. John, and they feature an extensive selection of Hook Bracelets by Coral Bay Jewelers as well as distinctive pieces from many local island artists….. 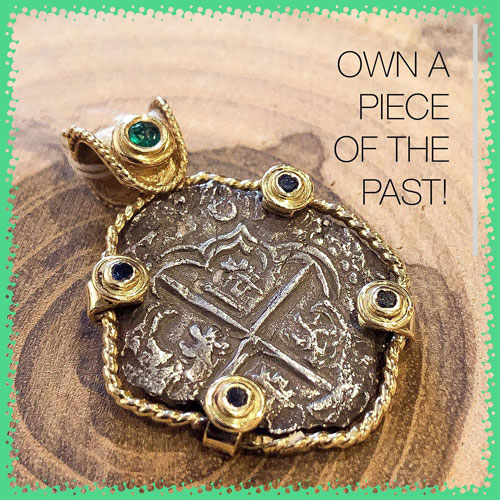 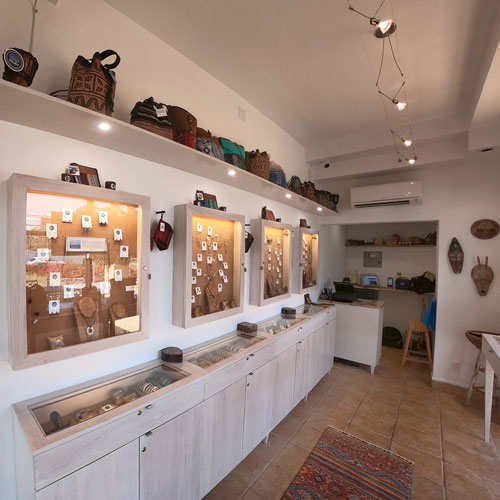 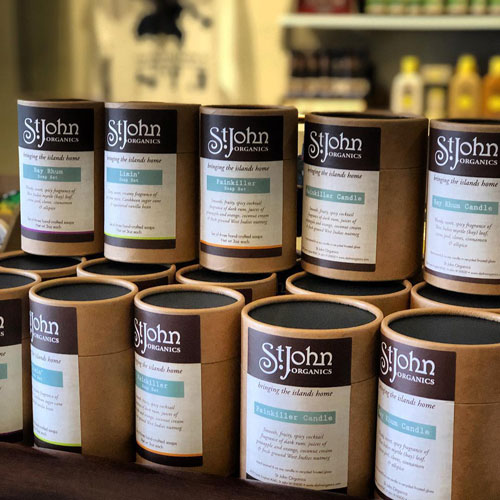 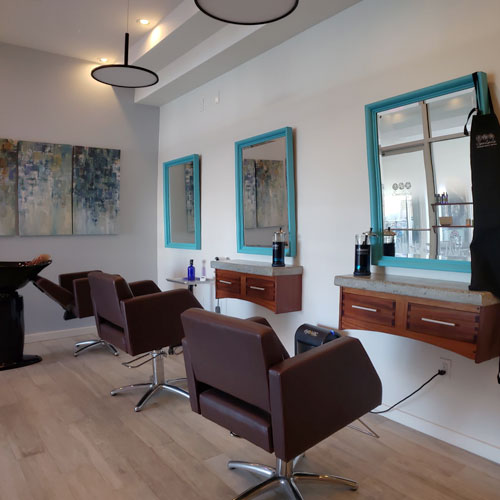 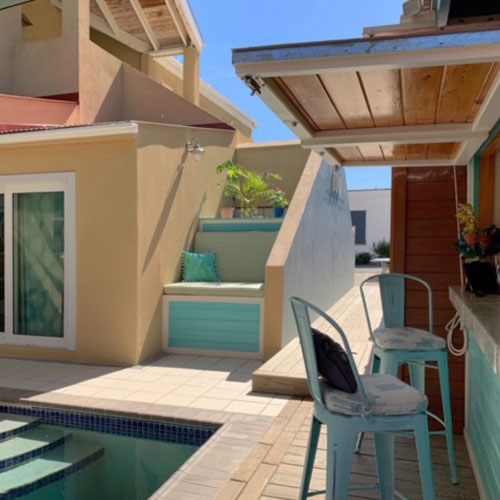 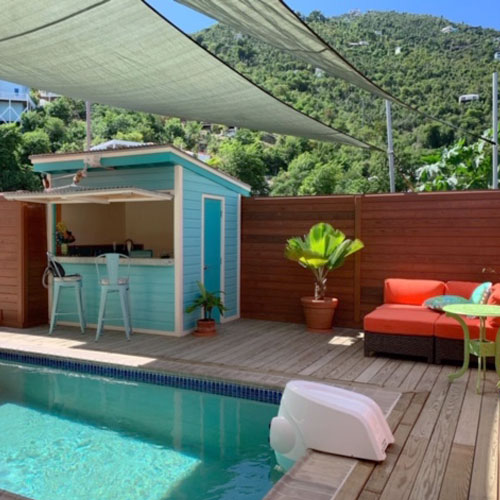 SpaLaLa is the first full service spa and salon in Coral Bay. Located in the Isola Building (formerly Voyages). The professional and knowledgeable staff members offer massage, hair styling and nail services using high quality environmentally conscious products in an elegant island-style setting. The salon includes two massage treatment rooms, a hair salon, a manicure/pedicure room, a retail area, a beverage bar and a private pool in an enclosed shaded deck area. Spend some quality relaxation time in this beautiful new setting, or treat yourself or someone you love to the luxury of a massage in the comfort and privacy of your villa.

Interested in booking SpaLaLa services?
Call: 340.693.3341 and/or visit them on the web at www.spalalavi.com 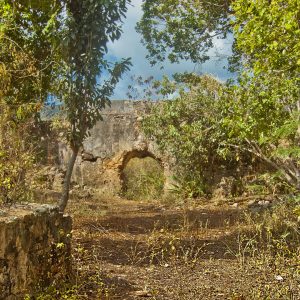